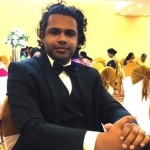 A court in the military-run nation of Myanmar on Thursday sentenced former leader Aung San Suu Kyi and her former economic adviser, Australian Sean Turnell, to three years in prison.

Both had pleaded not guilty to charges of breaking the official secrets act, which carries a maximum 14-year penalty.

“Three years each, no hard labour,” said the source, who declined to be identified due to the sensitivity of the issue.

Thousands of people, including politicians, MPs, bureaucrats, students, and journalists, have been detained since the military deposed an elected government in a coup at the beginning of last year, including Suu Kyi, Turnell, and several members of her economic team.

Suu Kyi, a Nobel laureate, has already received more than 17 years in prison in various instances, most of which involved allegations of corruption. All accusations made against her are refuted.

Turnell has been detained since a few days after the coup and is also an economics professor at Macquarie University in Australia.

Requests for comment from the Australian Foreign Ministry and Prime Minister’s Office were not immediately fulfilled. According to former Foreign Minister Penny Wong, Canberra rejected a judge’s order to try Turnell.

The court hearing on Thursday was held in secret in the nation’s capital, Naypyitaw. Although a source previously stated that Turnell’s offence “relates to an allegation that he had government documents,” the precise offence the defendants committed in violation of the official secrets act is still unknown.

On Thursday, attempts to reach a junta representative for comment were unsuccessful. The junta maintains that Myanmar’s courts are impartial and that individuals who have been arrested are being treated fairly.